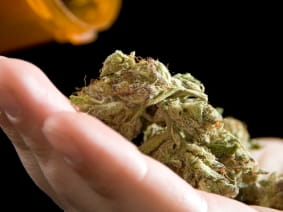 Medical marijuana is sometimes prescribed for patients with HIV/AIDS, seizure disorders, cancer, severe pain, and severe nausea. The active chemical is usually stronger than in the marijuana plant. There are no regulations for child-safe storage of medical marijuana products; young children have been seriously poisoned by swallowing medical marijuana. 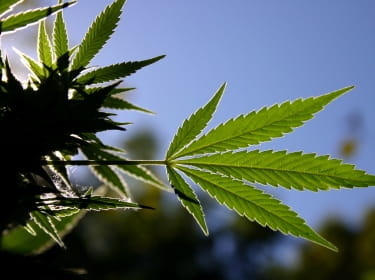 The debate over whether medical marijuana should be legal has been intense. Today, many states, plus the District of Columbia, have made medical marijuana legal. Patients who are legally allowed to use medical marijuana in these states must have one or more specific medical conditions. Examples include cancer, AIDS, glaucoma, seizure disorders, severe pain, and severe nausea.

Where state law allows, patients become registered users and can legally obtain medical marijuana from places called dispensaries. In some states, patients are instead allowed to grow a certain amount of marijuana for their own use.

There are a few ways of taking prescribed medical marijuana:

Marijuana is still illegal under federal law - for medical use or any other reason. However, the federal government does not typically take legal action against users and suppliers of medical marijuana as long as they are following the laws of their own state.

Legal or illegal, if there's marijuana in a household, small children can get to it. Kids are always curious, super-fast, and like to imitate adults. Until recently, it was rare for children to have major symptoms from swallowing marijuana. It might be that they didn't swallow much and so didn't get very sick. This has changed with medical marijuana.

Researchers in Colorado recently reported an increase in the number of children brought to the emergency room after swallowing medical marijuana products. The children ranged in age from as young as 8 months to 12 years old. Most of the children ate medical marijuana cakes, cookies or candies belonging to their grandparents, parents, babysitters, or friends of the family.

The most common symptoms were excessive sleepiness, dizziness, and trouble walking. However, a few became too sleepy and their breathing slowed down. That could mean the child doesn't get enough oxygen. Fortunately, none of these children died. They all recovered without permanent health problems.

If you or someone you know has medical marijuana at home, make sure it is locked up, away from children or pets. If your child swallows a marijuana product - legal or illegal - use the webPOISONCONTROL® online tool for assistance or call Poison Control at 1-800-222-1222. Whether you go on line or call, you will be able to determine if you need treatment. All your information is kept private.

A 3-year-old child in Colorado ate a cookie made with his grandfather's medical marijuana. He became very sleepy and was taken to an emergency room. Several blood tests and other medical procedures were performed; a urine test showed the presence of marijuana. The child was admitted to the intensive care unit for observation and treatment.

A 3-year-old child in Colorado ate a cookie made with his grandfather's medical marijuana. He became very sleepy and was taken to an emergency room. Several blood tests and other medical procedures were performed; a urine test showed the presence of marijuana. The child was admitted to the intensive care unit for observation and treatment.