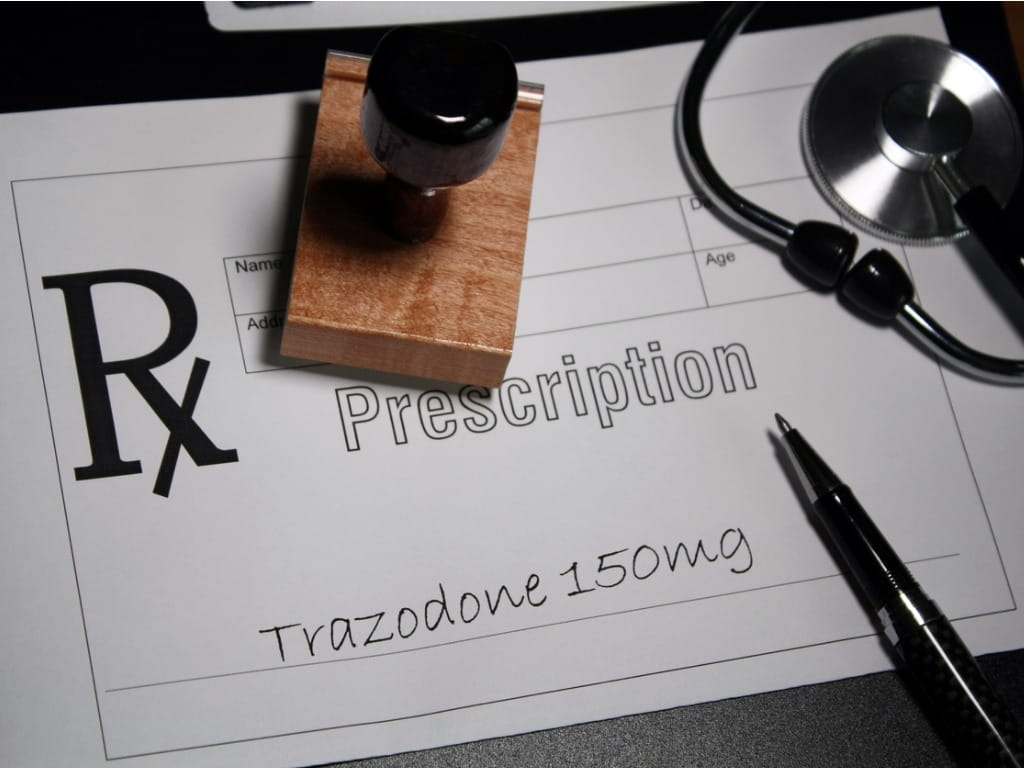 Trazodone is a prescription oral selective serotonin reuptake inhibitor used for treatment of major depressive disorder and other conditions including anxiety and sleep disorders. Common trazodone brands names include Desyrel and Desyrel Dividose.  Trazodone interacts with certain medications and alcohol and should be taken only as prescribed. 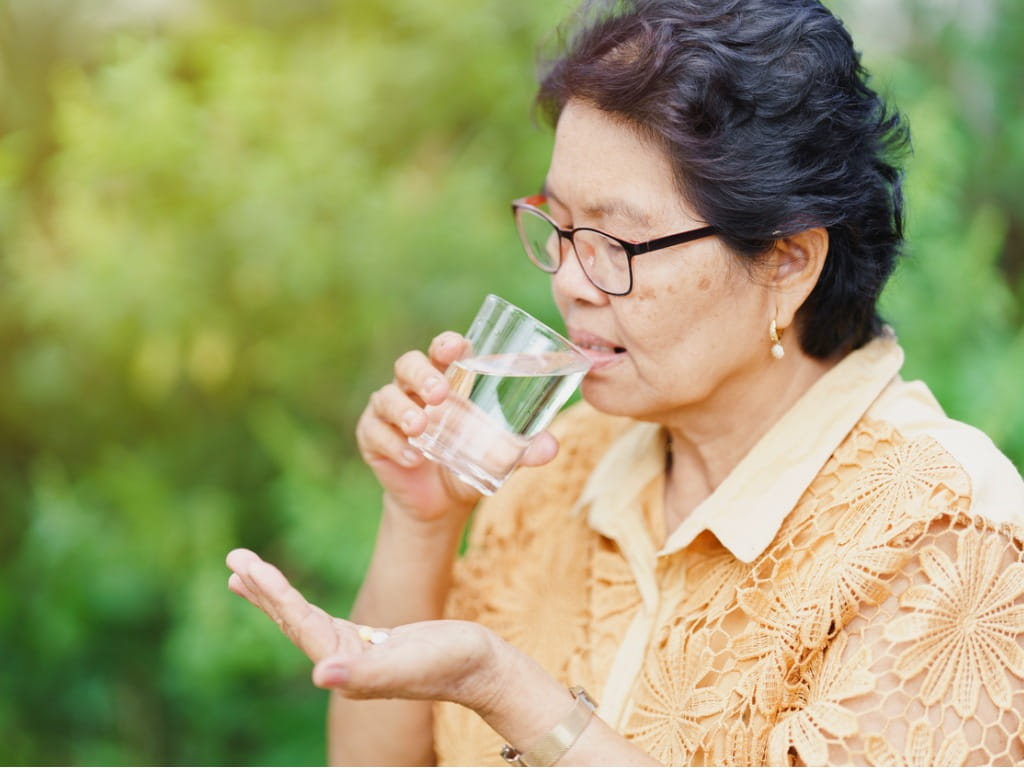 What is trazodone and what is it used for?

Trazodone (Desyrel®) is an antidepressant that works on chemicals and chemical receptors in our bodies. Trazodone falls under a class of medications known as selective serotonin reuptake inhibitors (SSRIs) and is approved by the United States Food and Drug Administration as a treatment for major depressive disorder. Trazodone works by increasing the amount of serotonin within the brain. The increased levels of serotonin are believed to affect sleep, mood disorders, pain, and other conditions.

Is trazodone a controlled substance?

What are the side effects of trazodone?

Common side effects of trazodone use include dry mouth, blurred vision, drowsiness, fatigue, vomiting, and dizziness. Trazodone may cause a decrease in blood pressure, especially in older adults and in people who stand up suddenly.  Standing up slowly from a sitting or recumbent position may lessen this effect. Men who take trazodone may experience painful and prolonged erections. This condition is known as “priapism”, and it requires immediate medical attention to prevent permanent tissue damage from occurring. Less common effects of trazodone can include irregular heartbeats, personality changes, and low blood sodium levels (also called “hyponatremia”). Antidepressants, including trazodone, may increase suicidal thoughts, especially in younger patients, during the first few months of drug therapy, and when a dosage is increased.

Taking trazodone with other medications that increase serotonin levels, such as dextromethorphan, tricyclic antidepressants, tryptophan or 5-HTP, and buspirone, can cause a potentially life-threatening condition called “serotonin syndrome”. Trazodone commonly causes drowsiness, which may be increased when taken with other sedating medications. People with underlying heart disease, or those who take medications that affect heart rhythm, are at increased risk of developing irregular heartbeats when taking trazodone.

Can trazodone be taken with alcohol?

Trazodone may increase the sedating effects of alcohol, and taking trazodone with alcohol can lead to excessive somnolence or confusion. Because of this, it is recommended to avoid drinking alcohol while taking trazodone.

Can I take melatonin with trazodone for sleep?

There are no known interactions between trazodone and melatonin, however taking both together may cause excessive sedation. In addition, melatonin products may contain unwanted contaminants that can interact significantly with trazodone. In one study, 8 out of 31 melatonin supplement products tested contained 5-HTP, a serotonin precursor that was not listed on the product label.  Taking these contaminated melatonin products together with trazodone may increase the risk of serotonin syndrome.

Is it safe to take trazodone during pregnancy?

There are currently no well-controlled published studies of trazodone use by pregnant women, however, some animal studies show an association between trazodone use and fetal harm. Because of this, pregnant women should carefully discuss the risks and benefits of trazodone use with their physicians. The National Pregnancy Registry for Antidepressants (NPRAD) is dedicated to evaluating the safety of antidepressant medications that are taken during pregnancy. Women who take trazodone during pregnancy are encouraged to participate in this study in order to help scientists and doctors learn more about the effects of this drug on fetal outcomes. Learn more about the registry here.

Are there any symptoms of trazodone withdrawal?

Can you overdose on trazodone?

Trazodone overdose can occur when a person takes too much trazodone at one time. Signs and symptoms of an overdose may include excessive drowsiness, low blood pressure, fainting, or an irregular heartbeat.

If someone takes too much trazodone or takes it by mistake, get guidance from Poison Control immediately. Help from Poison Control can be obtained online at www.poison.org or by phone at 1-800-222-1222. Both options are free, confidential, and available 24 hours a day.

A 40-year-old man ingested 2.2 grams (approximately 10 tablets) of trazodone. He became unconscious and developed difficulty breathing. His blood pressure was abnormally low, and his heart rate was irregular. He was placed on a ventilator and admitted to a cardiac intensive care unit until he became stable. He was discharged 8 days later following a psychiatric consultation.
Share this:
Facebook
Twitter
Reddit
LinkedIn
Copy shareable link

A 40-year-old man ingested 2.2 grams (approximately 10 tablets) of trazodone. He became unconscious and developed difficulty breathing. His blood pressure was abnormally low, and his heart rate was irregular. He was placed on a ventilator and admitted to a cardiac intensive care unit until he became stable. He was discharged 8 days later following a psychiatric consultation.