Potential Uses and Benefits of Melatonin 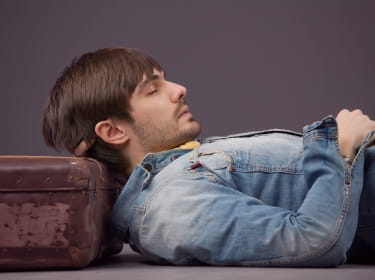 To date, there are no definite answers about how well melatonin works, how safe it is when taken for long periods, or what constitutes a melatonin overdose. 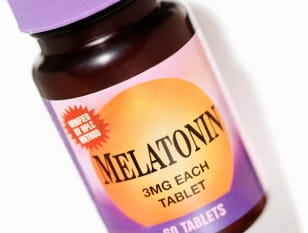 Melatonin is a hormone produced naturally in the human brain that impacts circadian rhythms. Its primary function is to help us sleep, and its production increases at nighttime. For this reason, people take melatonin as a sleep aid. Research studies for these uses show mixed results. Melatonin overdose is not well-understood, and standard dosage has not been established. Melatonin is not a medication. It is a dietary supplement that is available over-the-counter in the United States.

Melatonin seems to be safe when taken for short periods of time as a sleep aid, though there are no studies of long-term safety. Melatonin side effects include drowsiness, as expected, and dizziness, but otherwise are about the same as placebo pills (sugar pills). People with seizure disorders should not take melatonin, as there are some reports of seizures occurring in people who took it. The safety and side effects of long-term melatonin use have not been studied extensively in pregnant women, breastfeeding women, and young children. To date, there are no definite answers about how well melatonin works for a number of conditions, and how safe it is when taken for long periods. Melatonin is not a medication. Quality control may be variable because the U.S. Food and Drug Administration [FDA] does not regulate dietary supplements in the same way that it monitors prescription and over-the-counter drugs. Supplements may not have consistent amounts of the active ingredient in them, and they may be absorbed into the body at different rates. This can make it hard to interpret research studies that don't describe the formulation of melatonin used. While melatonin is a dietary supplement and not a medication, it may react with medicines and other supplements. Check with your doctor before taking it.

The addictive potential of melatonin has not been studied extensively, and it's possible that some people may develop a dependence to melatonin after using it for a long time. Overall, melatonin is believed to be less addictive than other sleep-inducing medications.

Can someone overdose on melatonin?

Even though melatonin is not a medication, it can cause unwanted side effects in overdose. If someone takes too much melatonin, he or she might experience sleepiness, headache, nausea, and perhaps even agitation. There is no antidote for melatonin overdose, and significant toxicity is not expected to occur even after consumption of relatively large doses of it. If someone takes too much melatonin, have a reliable adult stay with the person who took the it until he or she is fully rested and awake. That reliable adult should also awaken the person who took the melatonin every half hour while napping. If the person’s breathing is not normal or if the person will not fully awaken, call 911 or go to the nearest Emergency Department. The side effects of melatonin, including drowsiness, may last for several hours.

Will melatonin help me sleep?

A review of more than 125 studies, many of them small, concluded that melatonin doesn't seem to help most people with sleep problems, including people with jet lag and shift workers. There is some evidence that it can help people fall asleep faster. The researchers found that most studies fell short in describing the details of the melatonin used in the study. A prescription drug called Ramelteon® acts on the same area of the brain as melatonin. It is prescribed for elderly people with insomnia.

Many children with attention-deficit/hyperactivity disorder (ADHD) have problems falling asleep and staying asleep. A review of four studies of such children found that melatonin often helped them fall asleep faster and sleep longer.

Should I take melatonin for jet lag?

Several studies have evaluated the effectiveness of melatonin for jet lag. Most studies were small. Some researchers believe that it is safe and effective when people cross five or more time zones in the eastern direction. Other researchers say that there is no evidence that melatonin helps with sleep problems associated with jet lag, though it may help people to feel more awake during the day. All seem to agree that additional research is needed.

Is it safe to put melatonin in food and drinks?

There is no research showing that melatonin should be added to foods and drinks, though it has been baked into brownies and added to beverages and marketed as “relaxation” aids. The amount of melatonin used was typically more than a usual bedtime dose of 5 milligrams, though standard dosage has not been established. The FDA required companies to remove melatonin from their products, noting that it has medical uses but is NOT recognized as a safe addition to foods. Although hundreds of melatonin studies have been published, many of them involved only small numbers of people, were not scientifically rigorous, and used unspecified types of products.

What should I do if I took too much melatonin?

If someone may be experiencing a melatonin overdose or worrisome side effects, use the webPOISONCONTROL® online tool for guidance or call Poison Control at 1-800-222-1222.

Case 1: A 2-year-old boy swallowed up to 138 milligrams (mg) of melatonin over an hour. He slept for a couple of hours and was then fine.

Case 2: A 4-year-old girl swallowed an estimated 39 mg of liquid melatonin. She didn't develop drowsiness or any other symptoms.

Case 3: A 50-year-old woman took a deliberate overdose of 100 mg of melatonin time-release tablets. She developed drowsiness that persisted for about 12 hours and her pulse rate was slightly increased for a few hours.

Case 1: A 2-year-old boy swallowed up to 138 milligrams (mg) of melatonin over an hour. He slept for a couple of hours and was then fine.

Case 2: A 4-year-old girl swallowed an estimated 39 mg of liquid melatonin. She didn't develop drowsiness or any other symptoms.

Case 3: A 50-year-old woman took a deliberate overdose of 100 mg of melatonin time-release tablets. She developed drowsiness that persisted for about 12 hours and her pulse rate was slightly increased for a few hours.