Does Grapefruit Juice Interact with Medications? 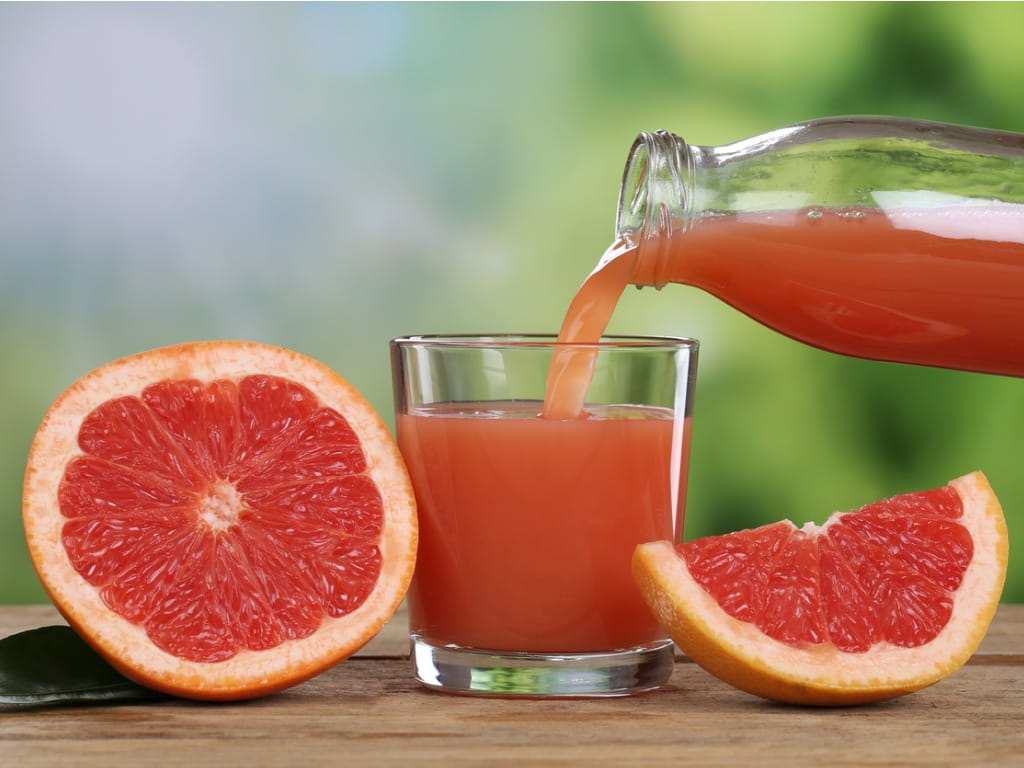 Grapefruit and grapefruit juice should not be consumed with certain medications. To find out if your medicines interact with grapefruit juice, read the package insert or label, or talk with your doctor or pharmacist. 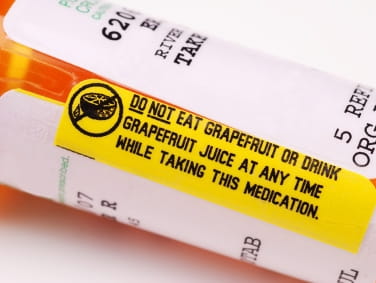 Can I drink grapefruit juice with my medicines?

While citrus fruits are often celebrated for their health-promoting activities, the consumption of certain citrus fruits can cause interactions with many prescription and over-the-counter medications. This phenomenon was initially reported in a 1989 study that investigated the potential interactions between ethanol and felodipine, a drug used to treat blood pressure. In this study, participants were administered either a drink without ethanol (the placebo) or a drink that had ethanol mixed with grapefruit juice to mask the taste, followed by a dose of the blood pressure drug. Surprisingly, blood levels of felodipine were significantly higher in the individuals who consumed felodipine with the ethanol/grapefruit juice mixture than in those who took felodipine with the placebo drink, and the patients who drank ethanol/grapefruit juice also had lower blood pressures than the study participants who consumed placebo. The study authors concluded that this clinical effect was possibly due to an unexpected effect of the grapefruit juice. Since then, multiple other studies have evaluated the potential interactions between grapefruit juice and medications.

Why does grapefruit juice interact with some medications?

Grapefruit contains multiple natural compounds including flavonoids, organic acids, and carotenoids. Grapefruit is also our largest dietary source of furanocoumarins. Furanocoumarins are natural compounds that play a role in citrus plant defense mechanisms against insects and other stressors. In humans, the prominent furanocoumarins that are present in grapefruit are also known to block the activity of intestinal enzymes that assist in the breakdown of many medications. These enzymes, known as “cytochrome P450 3A4”, are involved in the metabolism of numerous prescription and over-the-counter drugs including fexofenadine (Allegra®), statin drugs (simvastatin [Zocor®] and atorvastatin [Lipitor®], and buspirone (BuSpar®). When people who take these medications drink grapefruit juice or consume fresh grapefruit, the body may not break down the medications in a normal manner, and this can lead to unwanted side effects and toxicity in susceptible individuals. Grapefruit juice also affects the activity of p-glycoprotein, a protein system that helps transport drugs back and forth across cells in our bodies. Grapefruit juice’s effects on p-glycoprotein can result in higher or lower levels of medications within the body, and this side effect of grapefruit juice can cause both adverse effects and decreased medication effectiveness depending on the individual.

Since the actions of many medications within our bodies are affected by both p-glycoprotein and cytochrome P450 3A4, consumption of grapefruit juice can be harmful for some people. Because there is individual variability in how our bodies process and metabolize medications, some people may be more susceptible to drug interactions related to grapefruit juice consumption. Because of this, people should talk with their doctor or pharmacist about potential drug interactions, including the impact of drinking grapefruit juice, when starting a new medication. Fortunately, most people can safely consume other citrus juices, including orange juice, without experiencing similar drug interactions, although adverse drug reactions have rarely been reported in individuals who consume pomelo, noni, and cranberry juices.

What medicines should not be taken with grapefruit?

If you have questions about medicine interactions, contact Poison Control for expert advice. Get an immediate personalized recommendation online or call 1-800-222-1222. Both options are free, confidential, and available 24 hours a day.

Grapefruit and Medicines: Can They Mix? (Poison.org)