N-acetylcysteine may have a role in detoxification, immune function, and cellular health, and is often used as a dietary supplement. More research is needed to better understand how N-acetylcysteine can affect human health. 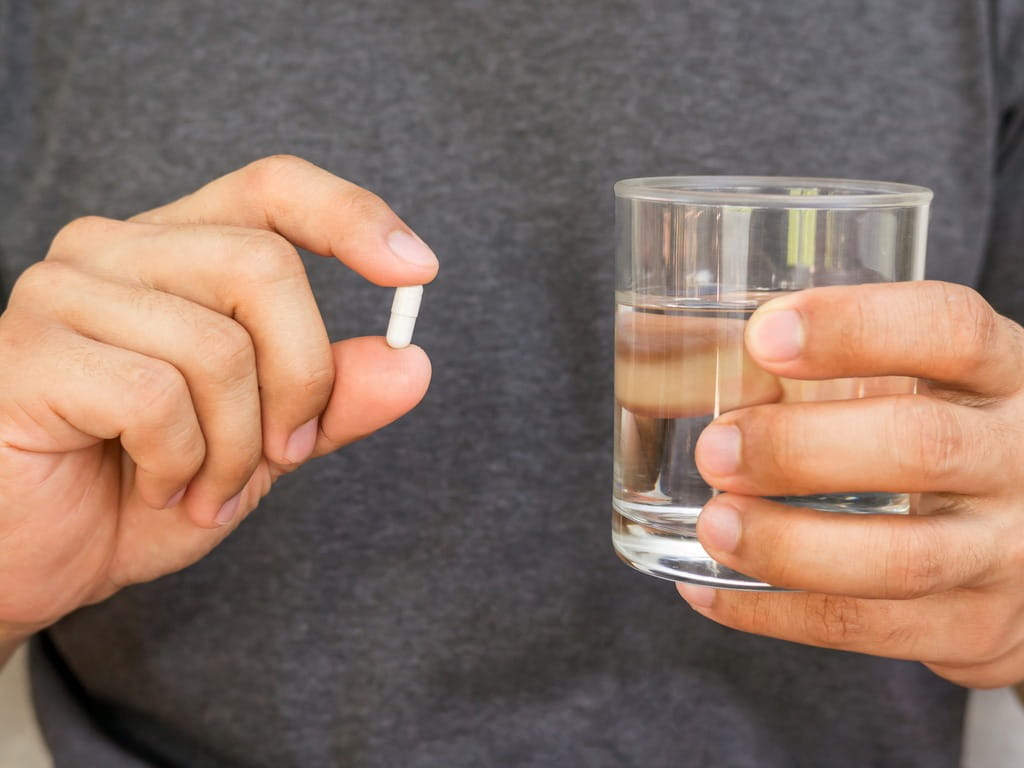 The use of dietary supplements has increased in popularity over recent years, and over half of all adults in the United States take at least one dietary supplement product. Some of the most commonly used dietary supplements are multivitamins, vitamin D, and omega-3 fatty acids. N-acetylcysteine (NAC) is another commonly used nutritional product. NAC is a derivative of the common amino acid, cysteine, and is found naturally in onions. It is approved by the United States Food and Drug Administration (FDA) for the treatment of excessive mucus secretions and for treatment of acetaminophen (Tylenol®) overdose. It is also used to prevent kidney damage in patients who are exposed to radiographic contrast products.

After it enters the human body, NAC is metabolized to cysteine which is then converted in the liver to a compound called glutathione. Glutathione is an important substance in the human body, as it is involved in reducing oxidative stress, detoxification, and immune regulation. Glutathione is also an important regulator of cellular survival. Many disease processes, including aging, diabetes, and heart disease, are related to low glutathione levels, and because of this, glutathione supplementation is sometimes recommended to prevent or reduce the progression of these diseases. Unfortunately, glutathione is not absorbed well by the body after oral administration, limiting its clinical use in humans. However, NAC is easily absorbed after oral administration, and can be used as a building block for glutathione synthesis. For this reason, some medical professionals recommend the use of NAC supplementation.

Many studies involving NAC have been performed in humans and other animals. In a study involving rats, NAC administration was associated with a reduction in obesity, blood sugar values, and lipid levels, but such results have not been replicated in human studies. NAC has been investigated in humans for the treatment of neurologic and psychiatric disorders including Alzheimer’s disease, addiction, and anxiety. NAC has even been studied as a prevention technique for alcohol hangovers. Although some preliminary reports suggest that NAC may be beneficial in treating these conditions, many of the studies involved small groups of patients who took variable doses of NAC, and because of this, the study results are not generalizable to the population as a whole. Larger studies incorporating standardized dosing regimens are needed to more clearly establish whether NAC is useful as a preventive or treatment agent for these disorders. Since oxidative stress is associated with muscle fatigue, the use of NAC has also been explored in athletes. In one study involving 12 subjects, oral NAC supplementation did enhance athletic performance when compared with placebo. Again, however, larger studies are required to determine whether NAC is actually effective in enhancing athletic endurance. NAC has also been used to treat COVID-19, although there is extremely limited evidence supporting the use of NAC for this condition.

Since there is no “standard” dose of NAC, optimal dosing regimens have not been defined, and the exact dose of NAC needed for beneficial health effects in humans is unknown at this time. As with all prescription and over-the-counter drugs, NAC can cause unwanted or unexpected side effects. Oral NAC supplementation is associated with diarrhea, indigestion, abdominal pain, vomiting, and flatulence. Oral NAC also smells like rotten eggs, and this may contribute to some of the gastrointestinal effects noted in individuals who consume NAC-containing products.

For questions about adverse events related to use of NAC, contact poison control for expert advice. Get an immediate personalized recommendation online or call 1-800-222-1222. Both options are free, confidential, and available 24 hours a day.

Forty-nine healthy adults consumed enough beer to achieve legal intoxication. They were then administered oral capsules containing placebo or NAC, and the following morning they completed a standardized hangover symptom questionnaire. While there was no overall difference in the presence of hangover symptoms between the placebo and NAC groups, there was a lower incidence of nausea and weakness reported by women who consumed NAC capsules compared with those who took the placebo.
Share this:
Facebook
Twitter
Reddit
LinkedIn
Copy shareable link

Centers for Disease Control and Prevention. Dietary supplement use among adults: united States, 2017-2018. Accessed May 17, 2022.

Rhodes K, Braakhuis A. Performance and Side Effects of Supplementation with N-Acetylcysteine: A Systematic Review and Meta-Analysis. Sports Med. 2017 Aug;47(8):1619-1636.

Forty-nine healthy adults consumed enough beer to achieve legal intoxication. They were then administered oral capsules containing placebo or NAC, and the following morning they completed a standardized hangover symptom questionnaire. While there was no overall difference in the presence of hangover symptoms between the placebo and NAC groups, there was a lower incidence of nausea and weakness reported by women who consumed NAC capsules compared with those who took the placebo.