Is There a Treatment for Monkeypox? 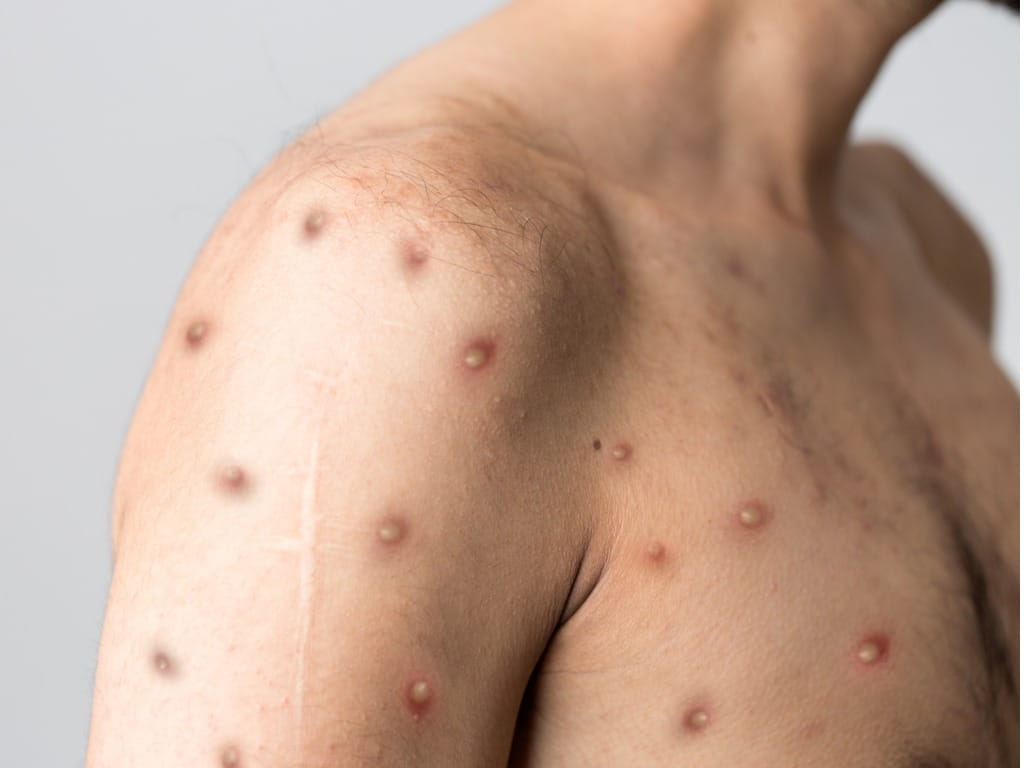 Monkeypox is a virus that causes disease in humans and animals. Common monkeypox symptoms include fever and skin lesions. There is no cure for monkeypox, but some antiviral drugs may be effective in treating the disease. 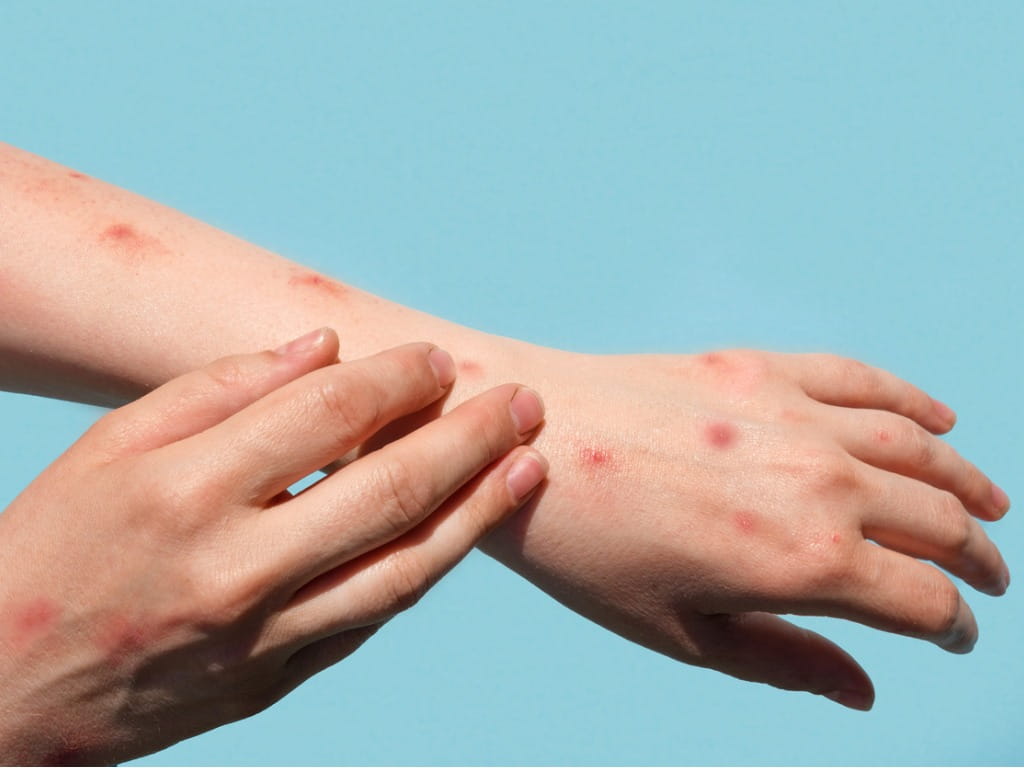 Orthopoxviruses, including smallpox, cowpox, and monkeypox, cause disease in both humans and other animals. Many people are familiar with smallpox, a disease caused by the variola virus that killed approximately 400 million people in the 20th century. The name “smallpox” originated as a description of the disease’s hallmark skin lesions, which were smaller than those of “great-pox”, or syphilis.

The discovery of a smallpox vaccine eventually led to global eradication of the disease. In the United States, routine vaccination against smallpox stopped in 1972, and the World Health Organization officially declared that smallpox was eradicated worldwide in May 1980. Currently, both the United States and Russia possess legal sources of the variola virus, and United States government has a stockpile of smallpox vaccination available in the event that the virus is ever used as a bioterrorism agent.

Another orthopoxvirus, monkeypox, was first discovered in 1958. Despite its name, monkeypox can also be carried by rats, squirrels, and shrews, and these rodents may play a significant role in transmitting the disease to humans. The first documented case of monkeypox in humans occurred in the Democratic Republic of the Congo in September 1970, when a 9-month-old child suspected of having smallpox was actually discovered to be infected with monkeypox instead. Monkeypox is endemic to Central Africa and West Africa, where cases likely spread from local wildlife species to humans.

The signs and symptoms of monkeypox are similar to those of smallpox: after an asymptomatic incubation period of up to 3 weeks, infected patients develop fevers, headaches, swollen lymph nodes, and fatigue. These symptoms typically last 1-4 days and are then followed by the development of a rash and skin lesions. The rash typically affects the face and then spreads to the extremities, including the palms and soles. The skin lesions are distinctive in appearance and are hard, round, and typically appear to be in the same stage of development. While the skin lesions of monkeypox are hard to distinguish from those of smallpox, they are very different than the skin changes associated with varicella (chickenpox). Chickenpox infection is characterized by superficial skin lesions with irregular borders that are typically in different states of development. In addition, chickenpox skin lesions commonly affect the face and trunk (stomach, chest, and back), whereas smallpox and monkeypox skin lesions are most commonly found on the face and extremities (arms and legs).

Monkeypox is contagious and can easily spread from person to person through respiratory secretions or contact with skin lesions. Fecal transmission of monkeypox may also occur. Compared with smallpox, the mortality rate of monkeypox is relatively low (ranging from 0-11%, depending on the strain of the virus). Pregnant women, young children, and patients with weakened immune systems may be more likely to experience serious complications or death related to monkeypox infection. Complications of monkeypox infection include pneumonia, dehydration, and sepsis (blood poisoning). Scarring of scabbed skin lesions is the most common long-term complication after monkeypox infection. To prevent transmission of infection, isolation (either at home or in the hospital) is recommended for infected individuals until all skin lesions have resolved.

Antiviral drugs have also been studied as potential treatments for monkeypox. Cidofovir, an antiviral drug used for the treatment of severe eye infections in patients with acquired immune deficiency syndrome (AIDS), is effective in treating primates affected by monkeypox, although human studies of its use in monkeypox are limited. Cidofovir is associated with significant toxic effects, including kidney damage which may be fatal and which can occur after administration of just one or two doses of the drug. Vaccinia immune globulin (VIGIV) is an intravenous formulation of human plasma that contains antibodies to another orthopoxvirus called the vaccinia virus. The Centers for Disease Control and Prevention (CDC) states that VIGIV can be used to treat outbreaks of monkeypox virus, although there is no evidence it provides adequate treatment for monkeypox infection. Tecovirimat (TPOXX®) is a newer antiviral drug that was approved by the FDA in 2018 as a treatment for human smallpox disease. Tecovirimat targets and inhibits a specific protein in orthopoxviruses that assists with cell-to-cell transmission and viral spread. Tecovirimat is available in capsule formulation for oral administration and can be used in both adults and children weighing at least 13 kilograms. The safety profile of tecovirimat is favorable, with headache, nausea, abdominal pain, and vomiting among the most common side effects after use of the drug. The CDC currently includes tecovirimat as a treatment option for outbreaks of orthopoxviruses, including monkeypox.

For questions about adverse or unwanted side effects from medications, including tecovirimat, get an immediate personalized recommendation online or call 1-800-222-1222. Both options are free, confidential, and available 24 hours a day.

A 28-year-old man traveled by plane from Nigeria to Maryland. During the flight, he noticed a burning sensation on his skin which was followed by the development of blister-like lesions on his face and arms. He presented to a hospital for evaluation and was treated with acyclovir (an antiviral drug) for presumed varicella infection. The state health department was contacted, and further testing revealed that the patient had monkeypox. Forty healthcare workers who had taken care of the patient were identified and monitored for the following 21 days, but none of them were found to have contracted the virus from the affected patient.
Share this:
Facebook
Twitter
Reddit
LinkedIn
Copy shareable link

Smallpox: Prevention and Treatment (Centers for Disease Control and Prevention)

A 28-year-old man traveled by plane from Nigeria to Maryland. During the flight, he noticed a burning sensation on his skin which was followed by the development of blister-like lesions on his face and arms. He presented to a hospital for evaluation and was treated with acyclovir (an antiviral drug) for presumed varicella infection. The state health department was contacted, and further testing revealed that the patient had monkeypox. Forty healthcare workers who had taken care of the patient were identified and monitored for the following 21 days, but none of them were found to have contracted the virus from the affected patient.