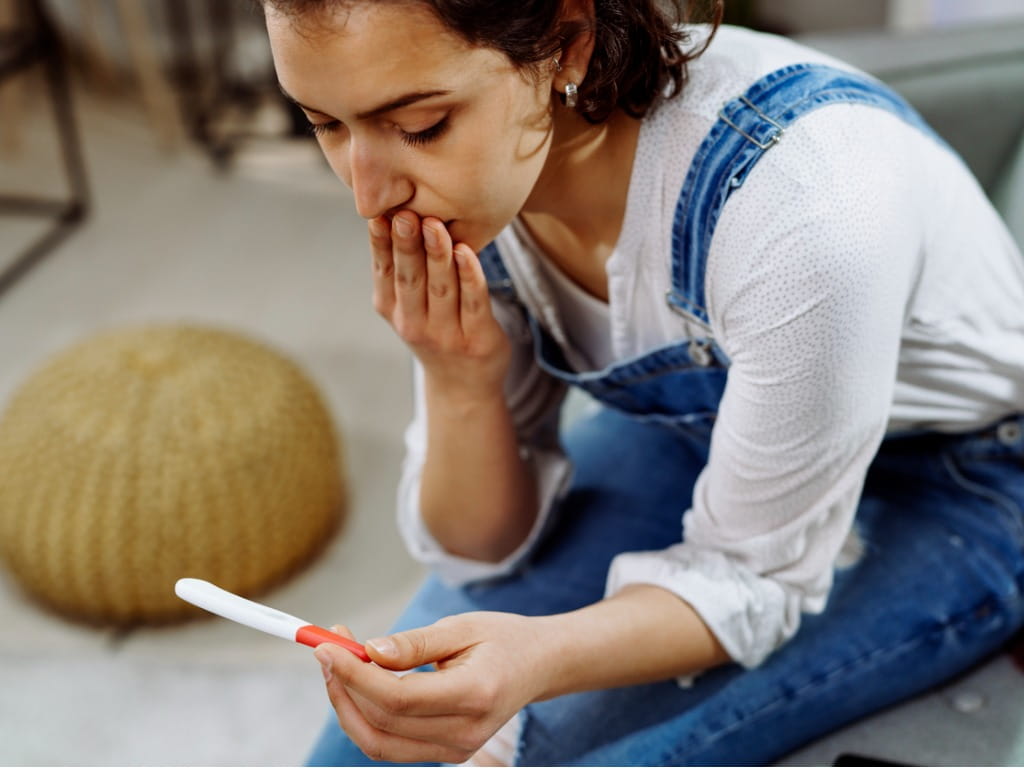 When used for abortion or fertility regulation, herbs or herbal preparations may cause significant side effects. Liver damage, breathing difficulties, and death can occur after use of herbal products for intentional miscarriage or contraception. 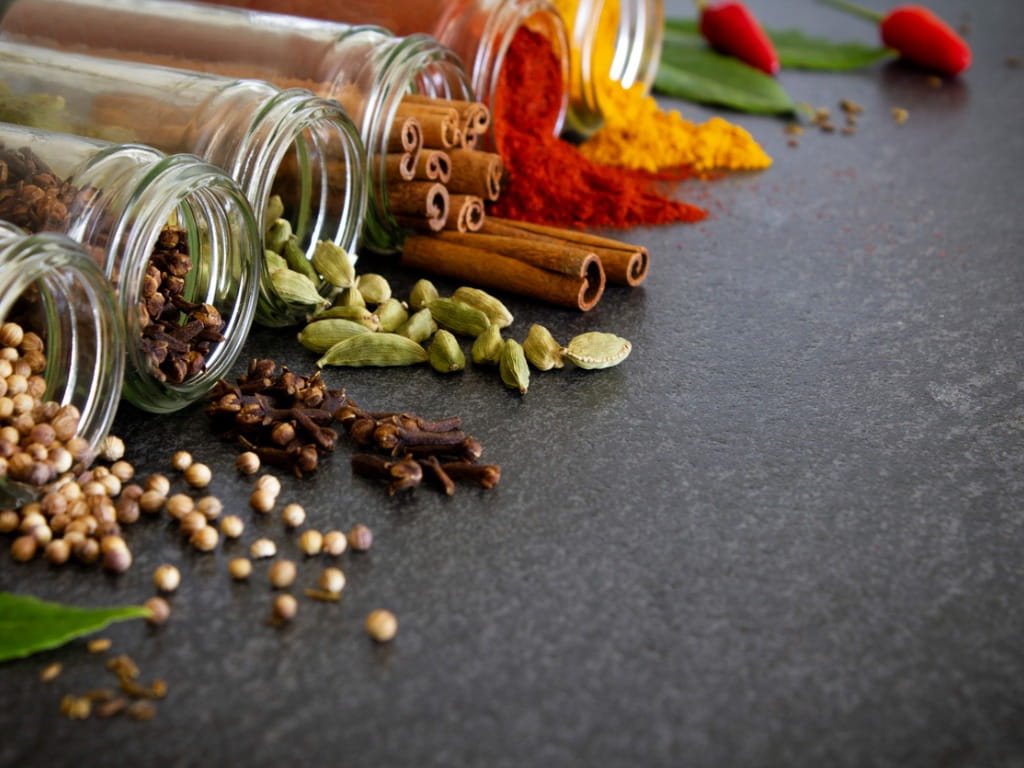 Abortifacients are products or substances that are used to terminate a pregnancy. In June 2022, the United States Supreme Court published a landmark decision stating that the Constitution does not protect the right for women to undergo abortion. Since then, many news articles and social media posts have discussed alternative methods of abortion and fertility regulation, including abortifacients. Recent social media content has included conversations about the use of herbal preparations to affect fertility or induce abortion, but many of these posts have ignored the potential safety issues associated with these products.

While there are medications that are approved by the United States Food and Drug Administration for pregnancy termination, there is no abortifacient list. That is, there is no comprehensive list of herbal products that have been shown to induce an abortion or miscarriage. Home remedies for abortion and “D.I.Y.” abortions are not recommended.

What is “herbal abortion?”

A June 2022 piece in Rolling Stone mentions “herbal abortion” as trending on TikTok, referencing herbs some people believe can induce abortion. Herbal products have been used for centuries to control fertility, provide contraception, or facilitate abortion. Pennyroyal, blue and black cohosh, and quinine are plant-based products known for their abortifacient (abortion-inducing) activity, but there are many other herbs that can also affect pregnancy outcome or fertility. Since people who use these products may be hesitant to seek medical attention, and considering that medical and surgical abortion was protected by the Constitution from 1973 through 2022, there are surprisingly few reports in the medical literature concerning the use of herbal products for contraception or abortion. Of the available reports, some mention the herbal products Ruta graveolens, Abrus precatorious, and gossypol.

Common Rue (Ruta graveolens) as an Abortifacient or Cause of Miscarriage

Ruta graveolens (“common rue”) is a shrub-like plant found in Mediterranean countries. This plant has been used in many countries, including England, France, and Brazil, to stimulate menstruation and induce abortion. When given by mouth to pregnant mice, Ruta graveolens caused embryo damage and fetal death. When used by humans, it is reported to cause abortion within a day of consumption, but it can also result in severe maternal toxicity including vomiting, liver damage, and anemia. In severe cases, tremors, respiratory distress, and death have occurred. Even though this plant is known for its toxic effects when used as an abortifacient, Ruta graveolens remains a common herbal medication used for pregnancy termination. In one study from South America, Ruta graveolens was the most commonly ingested herbal preparation used to induce abortion, but its use was also associated with life-threatening side effects including organ failure and death. The use of Ruta graveolens to induce abortion or miscarriage is not approved or recommended.

The Jequirity bean or rosary pea is the seed of the Abrus precatorius plant, a tall, woody vine that grows in tropical parts of the world. The seed has a characteristic bright red color and contains a black spot at one end. The seeds are sometimes used to make rosaries or other beaded jewelry. The stems, roots, seeds, and leaves of the Abrus plant have been used for hundreds of years as herbal treatments for bronchitis, eczema, and hepatitis. Powdered Abrus seeds have also been used as oral contraceptive agents by Central African tribes, and a paste made from the seeds is also used as a vaginal suppository to induce abortion in some countries. Despite their intriguing and colorful appearance, Abrus precatorius seeds contain a highly poisonous and potent toxin called abrin. Similar to ricin, abrin interferes with normal cellular function and causes cell death. Abrin is even more lethal than ricin, and there is no antidote available. The use of Abrus precatorius to induce abortion or miscarriage is not approved or recommended.

Although recent attention has focused on women’s abilities to regulate pregnancy, men have also used herbal remedies to control fertility. Gossypol is a chemical found in the seed, stem, and roots of the cotton plant and in cottonseed oil. In the 1920’s, low birth rates were identified in Chinese couples who used cottonseed oil as a cooking oil, leading to the discovery of gossypol’s antifertility effects. A subsequent clinical trial of more than 8,000 Chinese men confirmed that gossypol was 99% successful in decreasing sperm count. Unfortunately, permanent infertility occurred in 10% of men in this study, and some men who had recovery of their sperm counts after stopping treatment with gossypol were found to have persistent defects in sperm size and function. Gossypol use was also noted to cause potentially life-threatening abnormalities in potassium levels that were associated with severe fatigue, weakness, and muscular paralysis in less than one percent of patients in the clinical trial. While there are few other adverse effects associated with gossypol use in humans, the risks of permanent infertility and severe electrolyte imbalances made gossypol a less desirable antifertility agent. Currently, gossypol is being explored as a potential treatment for certain types of cancer.

Which food can cause miscarriage?

Can cinnamon cause a miscarriage?

Cinnamon is present in many foods that are consumed by pregnant women. There is no evidence that consumption of cinnamon during pregnancy increases the risk of miscarriage.

Can vitamin C cause a miscarriage?

Vitamin C is present in many foods that are consumed by pregnant women. There is a single published scientific article, from 1966, that discusses abortion and vitamin C. The article, which is in Russian, was published in a journal that is no longer in production. There is no other scientific evidence that consumption of vitamin C during pregnancy increases the risk of miscarriage.

What should you do if you experience a worrisome exposure to herbal products?

If someone experiences unwanted or unexpected side effects after using herbal products, including Abrus precatorious or Ruta graveolens, contact Poison Control for expert advice. There are two ways to contact Poison Control: online at www.poison.org or by calling 1-800-222-1222. Both options are free, confidential, and available 24 hours a day.

From 1986 through 1999, 86 cases of women who consumed herbal products to induce abortion were reported to a poison center in Uruguay. The age of affected patients ranged from 14 to 47 years, and all were within the first trimester of pregnancy. The most common herbs consumed were Ruta graveolens, parsley, and an over-the-counter supplement that contained pennyroyal and oregano. All women developed gastrointestinal distress, and fourteen developed organ failure or sepsis (blood poisoning). Multiple women required surgical treatment, including hysterectomy, and five women died.

Natural disasters: The toxicities of herbal abortifacient and contraceptive agents

From 1986 through 1999, 86 cases of women who consumed herbal products to induce abortion were reported to a poison center in Uruguay. The age of affected patients ranged from 14 to 47 years, and all were within the first trimester of pregnancy. The most common herbs consumed were Ruta graveolens, parsley, and an over-the-counter supplement that contained pennyroyal and oregano. All women developed gastrointestinal distress, and fourteen developed organ failure or sepsis (blood poisoning). Multiple women required surgical treatment, including hysterectomy, and five women died.