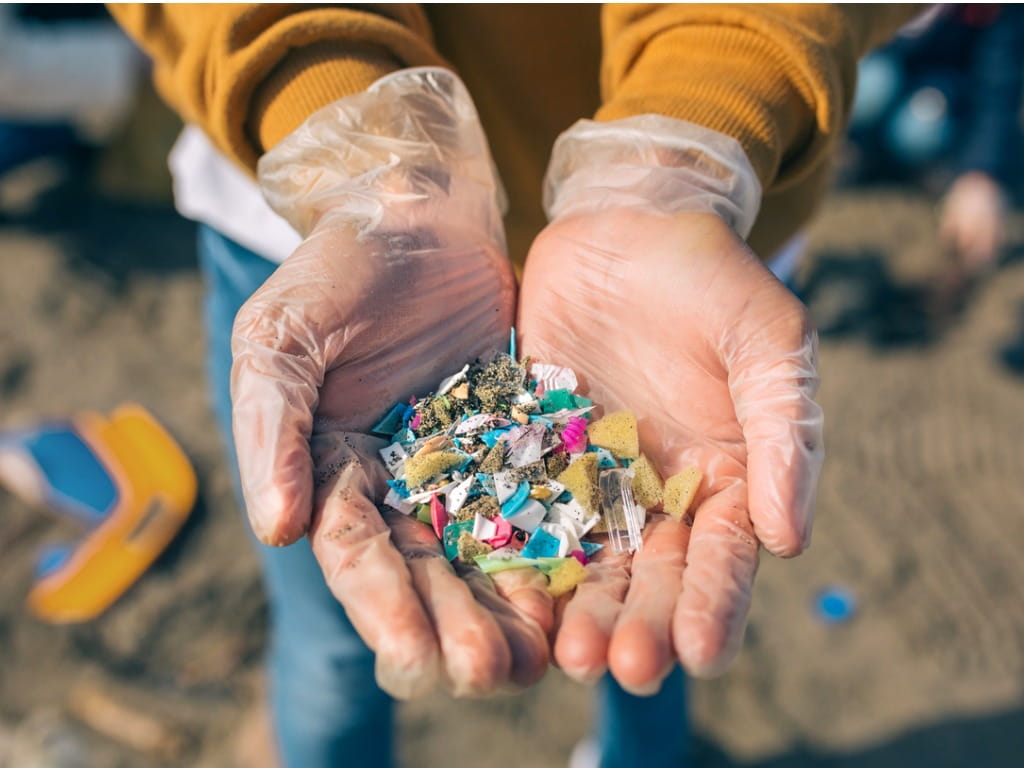 Microplastics are common throughout our environment and are present in air, food, and drinking water. Microplastics have also been found in the human body, but it’s unclear if they cause undesirable health effects. 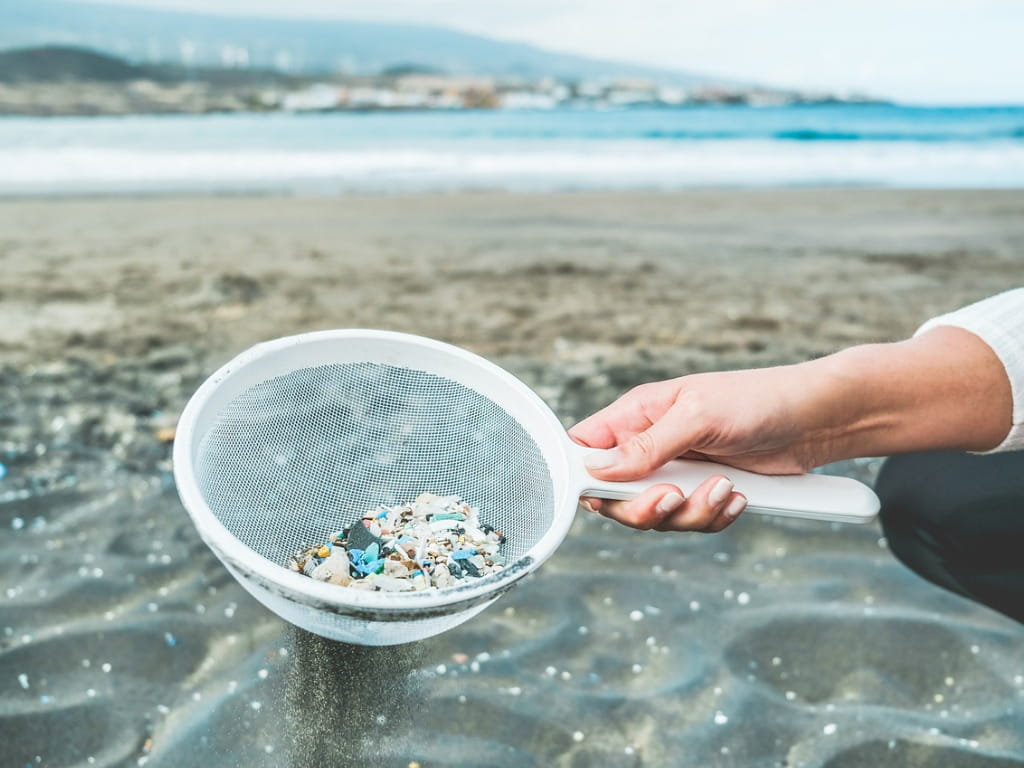 What are microplastics and where do they come from?

If you take a look at your current surroundings, it’s likely that you will see plastic. The production and use of plastic products has increased dramatically since the widespread manufacturing of plastics began in the 1950’s. Plastics are lightweight, durable, and cheap, and these characteristics make them a useful component of our housewares, packaging materials, and other everyday goods. Currently, more than 320 million tons of plastic are produced worldwide each year. Nearly half of these products are manufactured for single-use packaging. Since only a small fraction of plastic products are recycled, many plastic products are discarded as waste.

Plastics are made from petroleum derivatives that are not easily biodegradable. This means that instead of breaking down naturally, discarded plastic products accumulate and persist in landfills, oceans, and other environments. Plastics are found in all the oceans on Earth. Marine mammals and bird species are known to consume plastic fragments, and some bird species even feed plastic pieces to their chicks.As many as 50 trillion pieces of plastic may be present in oceans today, and 5 million tons of plastic pieces are carried from rivers to oceans each year. When plastic products enter marine environments, they are subjected to UV radiation, winds, and physical abrasion from wave currents. These forces promote the breakdown of plastic products into smaller fragments. These fragments may be called “microplastics” or “nanoplastics”, depending on their size. In general, microplastics are plastic fragments that measure less than 5 millimeters in length, while nanoplastics are smaller pieces that measure less than 1 micron in length.

Why are microplastics a problem?

Because of their small size, microplastics can easily spread through the air and accumulate in the environment and may be difficult to detect. Microplastics are present in alcohol, drinking water (bottled water contains more microplastics than tap water), and even table salt. Filter feeders such as mussels and oysters can consume microplastics that are suspended in seawater, and microplastics are found in many seafood species. Microplastics have also been intentionally manufactured for use in exfoliants, toothpastes, and other cosmetic products. In the United States, Congress passed the Microbead-Free Waters Act of 2015, which prohibited the manufacture and sale of rinse-off cosmetics (including toothpastes, cleanses, and exfoliators) that contain microplastics.

Because microplastics are so common throughout our environment, it’s likely impossible to avoid all contact with these particles. There are currently no regulatory exposure limits for microplastics or nanoplastics. People who desire to avoid exposure to microplastics may consider using water filtration systems to remove microplastics from drinking water, although this does not prevent exposure to other sources of microplastic fragments such as food or air. Use of paper, bamboo, or other alternatives to plastic may also reduce the amount of microplastics that eventually enter the environment and our bodies. For now, there is no conclusive evidence that microplastics cause cancer or other serious diseases in humans.

If you have questions about poisoning from environmental sources, contact Poison Control for expert advice. Get an immediate personalized recommendation online or call 1-800-222-1222. Both options are free, confidential, and available 24 hours a day.

Microplastics in the human body: What we know and don't know (NBC News)