What You Should Know About Albuterol Use, Expiration, Side Effects, and Safety Considerations 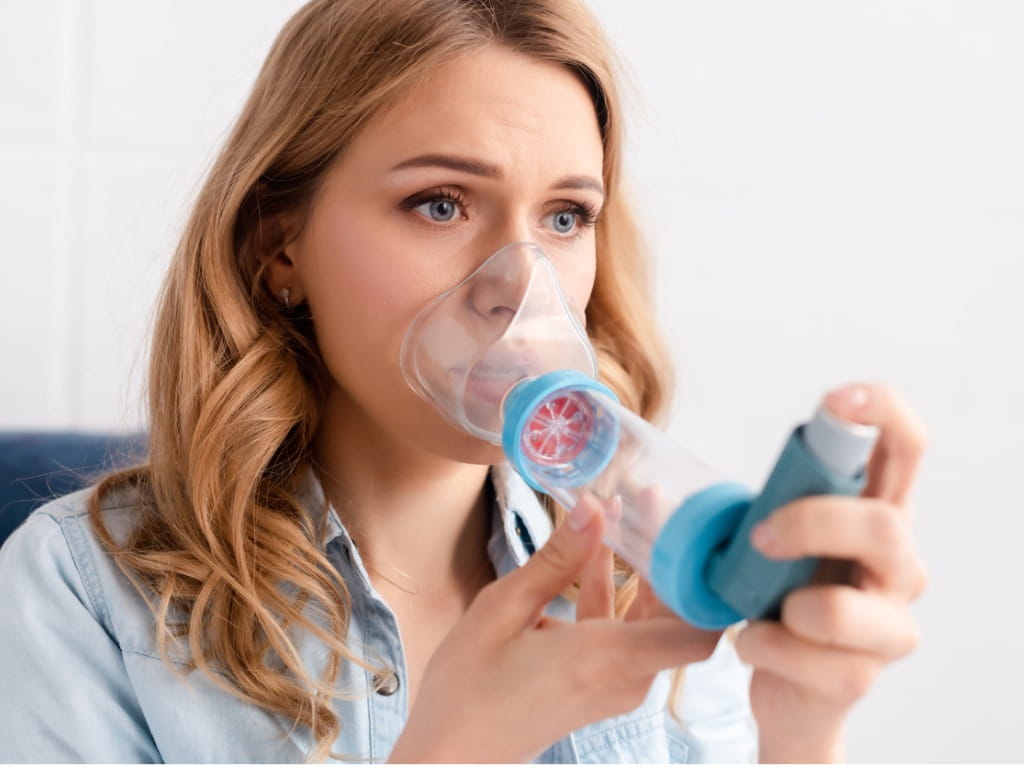 Albuterol is a medication used to treat asthma and other lung conditions. In an overdose, albuterol can cause muscle spasms, tremor, high blood pressure, low potassium, and high or low blood sugar. To avoid an overdose, take your albuterol as directed. 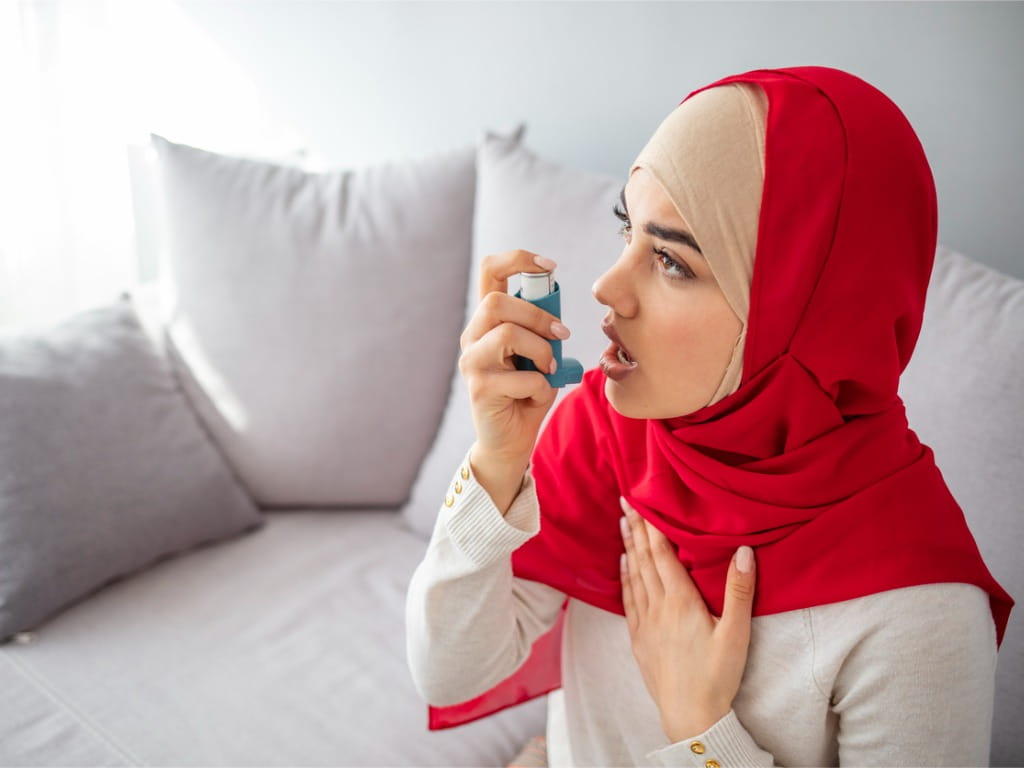 What is albuterol used for?

Albuterol is used to help with breathing difficulties, coughing, shortness of breath, chest tightness, and other medical conditions related to the lungs, such as asthma and chronic obstructive pulmonary disease. Albuterol can also be taken before or during exercise to prevent exercise-induced asthma. Albuterol is available in different forms and can be used in both children and adults.

Is albuterol a steroid?

Albuterol is not a steroid medication. It belongs to a class of medications known as beta-2 agonists, or bronchodilators, which help open the tubes in the lungs making it easier to breathe.

Albuterol, like most medications, does have an expiration date. Medications have expiration dates because they tend to be less effective over time. The expiration date for albuterol is about one year from being picked up from a pharmacy and its first use. Make sure to store an albuterol inhaler at room temperature and away from heat, light, and moisture, and to recap the mouthpiece to help keep the medication from expiring early. Most albuterol inhalers also have a counter that show how many doses are left in the device. If the dial reaches zero it should also be discarded. During a medical emergency an expired albuterol inhaler can be used if there are no other options; however, a new inhaler should be used if possible and emergency services should be called to help manage the situation.

How to use an albuterol inhaler

Albuterol is available as a liquid or a powder that is breathed in from a device called an inhaler. You can also use a spacer with an albuterol inhaler. A spacer holds the medicine in place in a chamber so it’s easier to breathe it in. Albuterol may also be used with a nebulizer.

What are albuterol’s side effects?

The most common side effects of albuterol inhalation are nervousness, bronchospasm/coughing, throat irritation, nasal irritation, upper respiratory tract infection, excitability, and tremor (frequency increases with age). Serious side effects that should be reported to your physician or pharmacist are uncontrollable shaking, rash, fast heartbeat, chest pain, itching, swelling of the face, throat, tongue, lips, eyes, hands, feet, ankles, or legs, increased difficulty breathing difficulty swallowing, or throat hoarseness. Certain side effects are more likely to happen in different age groups, such as tremor being more likely to occur in older populations and excitability to occur in children. Albuterol also comes in tablets, which have a higher likelihood of causing side effects. If you experience severe side effects from either albuterol tablets or an albuterol inhaler, call poison control or contact emergency services.

How long do albuterol side effects last?

Are there any long-term side effects associated with albuterol?

Albuterol is a medication that is well-tolerated over long periods of time in patients. Different studies have been performed looking into the safety of albuterol inhalers and found that, in both adults and children, albuterol is a safe medication when used appropriately. Overuse of albuterol has been shown to cause dependence and other effects such as increased days with asthma symptoms, increased asthma attacks, and overall worsening of asthma. Dependence on albuterol metered dose inhalers can also cause hallucinations and aggressive behavior, but this may be caused by the propellant.

Is albuterol safe to use during pregnancy?

Albuterol has been extensively studied in pregnant patients and has been found to be safe to use during pregnancy. Albuterol treats conditions such as asthma, which when not properly controlled, increases the risk for severe pregnancy complications. Albuterol can also be used to prevent preterm labor, though it works best when trying to delay for shorter periods of time. If you have asthma or suspect you might have asthma or another lung condition, and are pregnant, or planning on becoming pregnant, it is important to let your physician know so they can prescribe an asthma-controlling medication, like albuterol, to protect you and your baby.

What are albuterol overdose symptoms?

Some symptoms of albuterol overdose are chest tightness, shallow or rapid breathing, wheezing, blurred vision, chest pain, rapid heartbeat, tingling of the hands or feet, tremors, and seizures. An albuterol overdose can also cause high or low blood sugar, and low potassium levels. Overdose may be minor and symptoms manageable at home or it can have more serious effects that require medical attention. If your symptoms are severe or unexpected, seek help from Poison Control or emergency services.

What to do if you take too much albuterol

If you take too much albuterol or experience adverse or unexpected symptoms from an albuterol inhaler or tablets, get guidance from Poison Control immediately. Poison Control help is available online at webPOISONCONTROL and by phone at 1-800-222-1222. Both options are free, confidential, and available 24 hours a day.

Case 1: An 18-month-old infant with an albuterol overdose, experienced high blood sugar, low potassium, rapid heartbeat, and extreme fussiness. The medical team was able to manage the overdose  in the emergency department and the infant made a full recovery with supportive care.

Case 2: A 16-year-old took 15 puffs of her inhaler while having an asthma attack and had to be admitted to the hospital. She had a fast heartbeat, low potassium, confusion, and other abnormal blood tests. The patient was managed at the hospital and was given supportive medications and was discharged six hours later when her symptoms resolved.

How to use an inhaler - with spacer: Medlineplus medical encyclopedia [Internet]. MedlinePlus. U.S. National Library of Medicine; 2022 [cited 2022 Jul 27].

Case 1: An 18-month-old infant with an albuterol overdose, experienced high blood sugar, low potassium, rapid heartbeat, and extreme fussiness. The medical team was able to manage the overdose  in the emergency department and the infant made a full recovery with supportive care.

Case 2: A 16-year-old took 15 puffs of her inhaler while having an asthma attack and had to be admitted to the hospital. She had a fast heartbeat, low potassium, confusion, and other abnormal blood tests. The patient was managed at the hospital and was given supportive medications and was discharged six hours later when her symptoms resolved.